British billionaire inventor who revolutionized the vacuum cleaner industry has announced plans to build an electric car that will be radically different from current models and will go on sale in 2020.

He said that more than 400 engineers have been working on the project in Wiltshire since 2015 on a £2.5bn project. 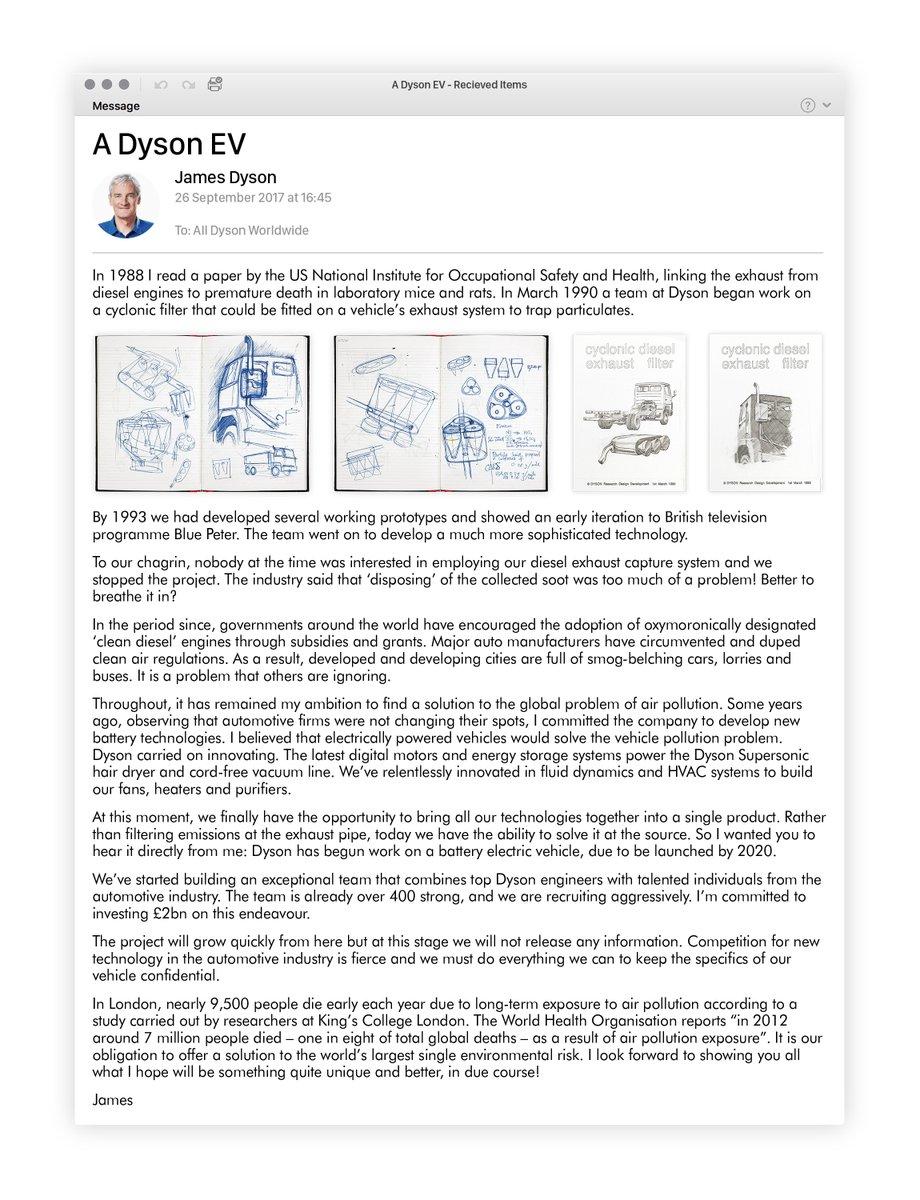 Dyson said consumers would have to “wait and see” what the car would look like: “We don’t have an existing chassis … We’re starting from scratch. What we’re doing is quite radical.”

“There’s no point doing something that looks like everyone else’s,” he said. “It is not a sports car and not a very cheap car.”

Earlier this year, the UK government announced plans to ban the sale of petrol and diesel cars by 2040.

The company will be entering an already crowded market dominated by the likes of Tesla, Nissan and BMW.

There are no details about the car at the moment apart from the fact that Dyson has pledged £2.5bn towards the project, half toward the car itself and half toward the solid state battery technology.

Dyson plans to keep details of the car a secret and declined to comment where the car will be built.

“The project will grow quickly from here but at this stage we will not release any information,” James Dyson said in a letter to employees. “Competition for new technology in the automotive industry is fierce and we must do everything we can to keep the specifics of our vehicle confidential.”